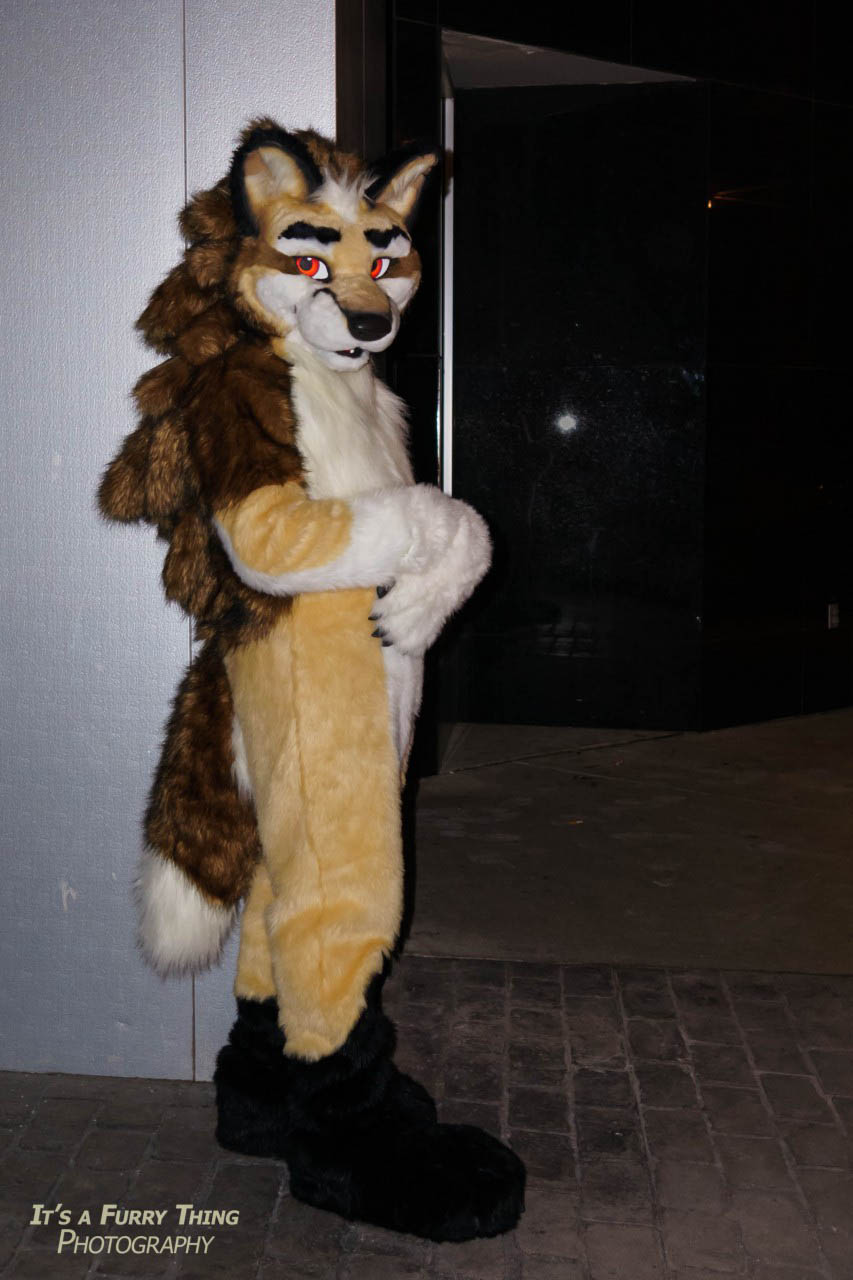 I have no way of knowing this but I have to speculate that ScribbleFox only works part-time on fursuits. With my commission I found that nothing would get done over the course of several days, and then he would make it up by getting huge sections of the suit done in an all-nighter when a critical deadline was approaching.

So, to be clear. I LOVE my fursuit. It is not perfect, but I think for the price I paid I got a great fursuit. My issue with OneFurAll is entirely with the customer service and unrealistic estimated completion times. The quality problems I’ve had would be non-issues if I were comfortable sending the suit back for repairs, but I wouldn’t like to send him in so that he can spend 3 years in jail waiting for service.

As far as I am concerned, whether intentional or not, OneFurAll fursuit commissions are kind of like a Ponzi scheme. He is accepting roughly 2-4 commissions a month and completing roughly just one commission a month, and this is continually happening. There is a good chance that someone jumping on his queue now will never receive a finished product if something doesn’t change. I have heard of people asking for a refund after years of waiting and receiving it – likely paid with the down payment from a couple of new commissioners. With the queue situation being what it is, OneFurAll needs to CLOSE commissions until things are under control.

OneFurAll also claims that there is a queue and fursuits are done in the order they are commissioned and paid. I’ve worked to gather commission dates from OneFurAll customers and you can see the data I have collected at quakefox.com/finder/queue.php . There are a number of commissioners highlighted there who are waiting for commissions, who paid earlier than other customers who have already received the finished fursuit. If I had to guess, the customers who ask for refunds because of excessive delays are the ones who get to cut the line.

The bottom line is this: I would NOT recommend the average person commission a fursuit from OneFurAll. The waiting is far beyond what I would expect someone to tolerate even for a 2nd suit – if this was my #2 I would have gone crazy.

I probably would not commission another fursuit from OneFurAll myself (I don’t think he would let me anyway – he seems petty enough to not allow me to commission him again because I held his feet to the fire on my commission and now I’m telling this story). I really don’t care for the man’s attitude, his unprofessionalism, his lies, and his excuses. But I still really like the look of his fursuits, and I would still go back and commission OneFurAll the first time just the way I did, with the expectation of a long wait with money tied up in limbo. However, the queue situation may be much worse now than it was in 2012, so all I can say is let the buyer beware.

That said, I bear no ill will against the man, and I don’t think there are any sinister motives here – perhaps there are emotional issues involved, perhaps disorganization, laziness, or creative block – and I do hope things get sorted out, and I would like to be his friend and to commission him again. But, he needs to fix some things and do some soul-searching, and treat his business like a business.